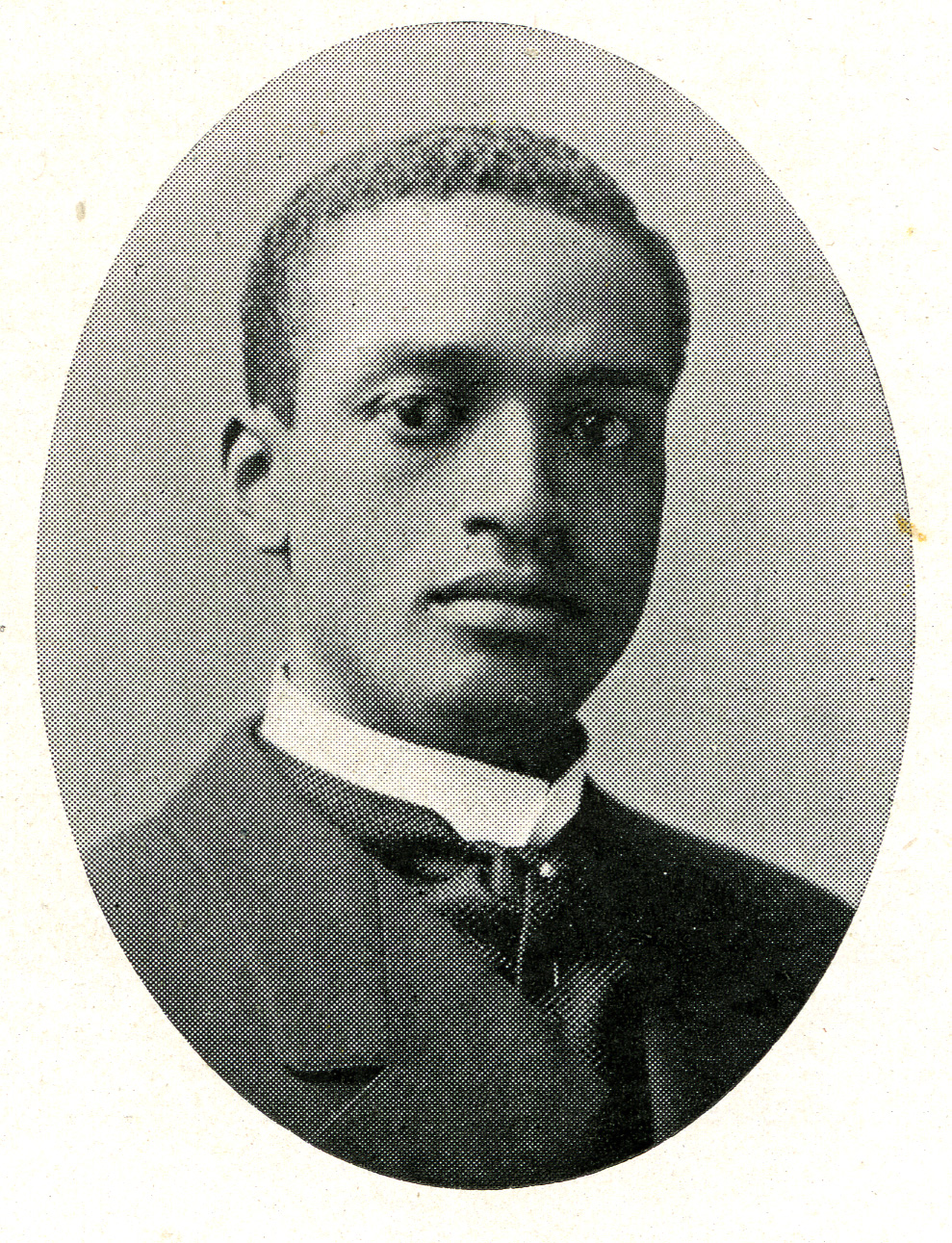 An early African American graduate of Massachusetts Agricultural College and member of the Class of 1907, John T. Caruthers was born Mar. 22, 1879, and according to his entry in the Index for 1907, came to Amherst from his home in Columbia:

"that's way down south in Tennessee... His home was in the hilly country where the phosphate grows and the little goats skip about over the bones of their ancient predecessors. He tells us that when he was not occupied in driving these refractory beasts, he was attending the public schools of Columbia. Later he graduated from the normal academic course at Nashville University. As Massachusetts best suited his ideas of what a college should be, he joined the class of 1907 and has never since regretted his choice. He has been a strong man for the class, having filled with dignity the position of sergeant-at-arms, and having been ropepull captain for two years. As a result Naughty-seven holds two trophies, well won. Major John honored him with a corporalsy, and he is a man always to be counted on in times of need." (1)

Like his African American predecessors at MAC George R. Bridgeforth, William Lane Hood, Zack Hubert, Albert L. Mebane, Caruthers had already graduated from an Historically Black College before enrolling at MAC, and was a stellar student, taking second prize in the Grinnell Agriculture Prize in 1907. (2).

Like so many of the early African American students at MAC, Caruthers went on to a career in education at Historical Black Colleges. Shortly after graduating, he accepted a position at the Manual Training and Industrial School for Colored Youth in Bordentown, N.J., and succeeded so well that he was appointed the school's principal within a year (3). It is worthy of note that MAC President Lyman Butterfield was selected to deliver a commencement address on “vocation and education” at the Training School (4).

Between at least 1916 and 1920, Caruthers was reported by the American Missionary Association as being on faculty at Fisk College in Nashville, although when he registered for the draft in 1918, his registration notes that he had recently left Fisk for a position at Howard (5).