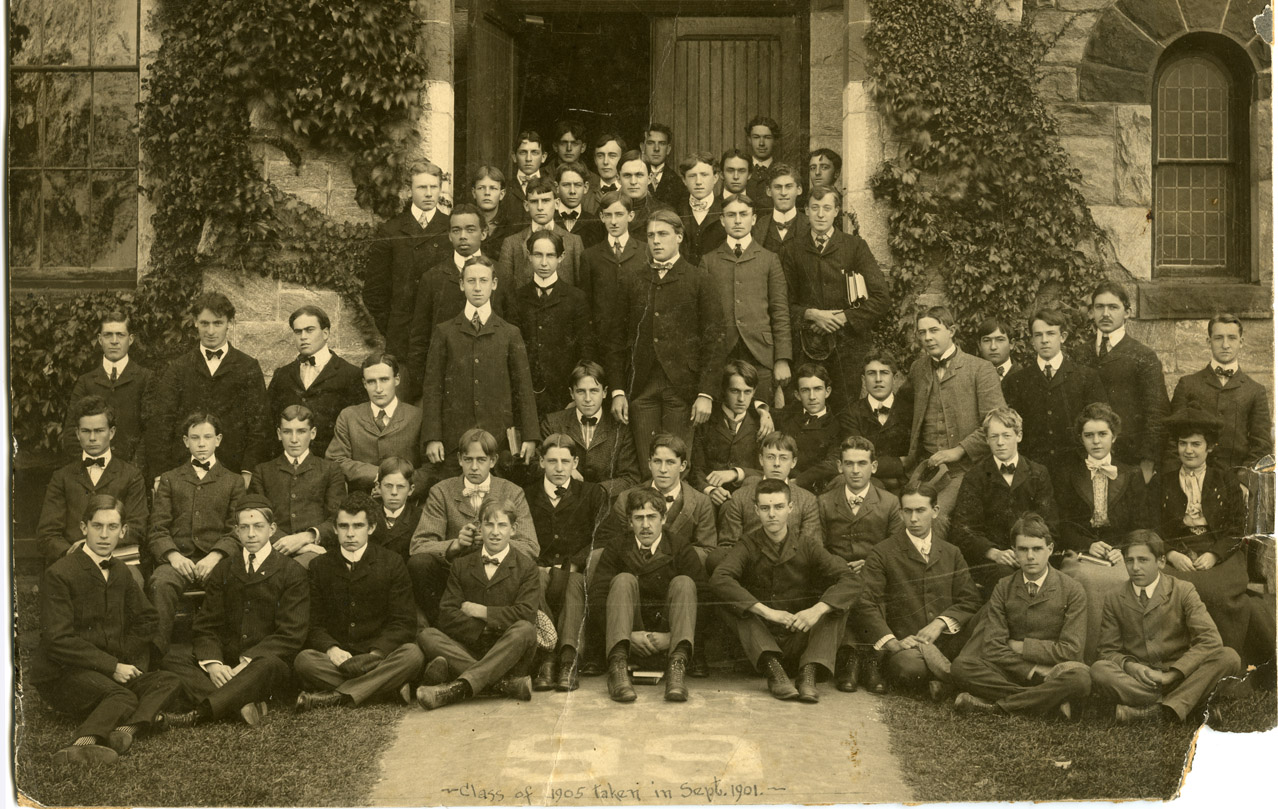 Craighead arriving with his class, 1901 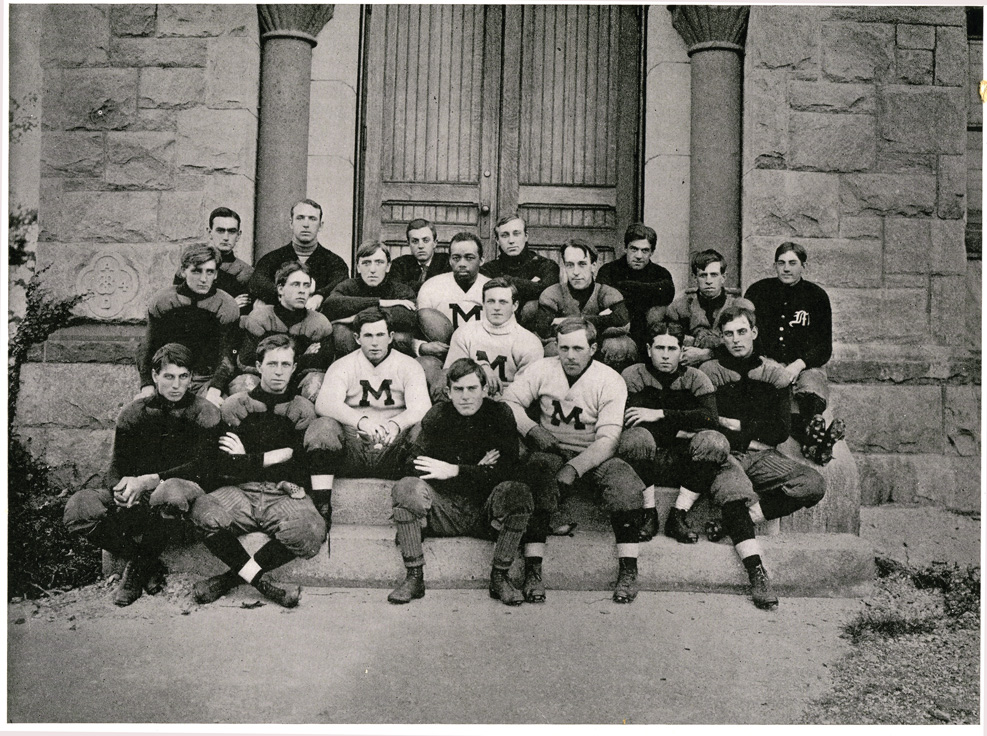 Craighead and the MAC football team, 1906
One of the first African American students to enroll at Massachusetts Agricultural College, William Hunlie Craighead was born in South Hill, Va., on Dec. 17, 1877. Alternately listed as being from Washington, D.C., or Boston, Craighead had already attended Howard University, and perhaps Cornell, before arriving at MAC during the fall 1901. He soon stood out among his peers. At 6 feet tall, nearly 190 pounds, and a few years older than most of classmates, Craighead made an impression. He made the Varsity football team straight away in his freshman year, playing guard (two years) or right tackle thereafter, and becoming captain of the team in 1905. His coach at the time, Matthew W. Bullock, is regarded as the first African American coach to lead a football team at a predominantly white university, and although it is difficult to confirm, Craighead was probably either the first or second African American to captain a sports team at a predominantly white college.

Academically, Craighead was recipient of the Flint Oratorical Prize as a Junior (the first and second prizes were split evenly with Ralph Ware Peakes), and was awarded the First Sophomore Prize in the Burnham Declamation contest. He was Corporal in Cadet Co. A and was named Vice President of both his Sophomore and Senior classes.

Craighead contributed an article on football to the student yearbook, the Index for 1907 describing the difficulties faced by by a team that had been depleted by the graduation of several of its members:

"Last season, 1904, we prided ourselves in having one of the best teams that we have ever had. There were just eleven men and practically no substitutes, to play every game. But under the careful coaching of Mr. Bullock, we won all our games but two. Since most of the members of that team were graduated last June, it left a very hard problem to be solved.

"Last spring, we began to work at once looking for material. We had spring practice for ten days to find the best material we had. Several men showed up fairly well, but none excellently. Consequently it became evident that our task to develop a team out of so much raw material was no small undertaking. However we started out with Mr. Thomas Keady as coach. He comes to us well recommended from Dartmouth. We know that he is working hard to turn out a good team, and too much praise cannot be given him for his untiring energy along this line..."

Although relatively little is known about Craighead's post-MAC years, he was listed in 1913 and 1916 as working working as an editor in in Harrisburg, Pa., although nothing more specific can be determined. An obituary sent to his class agent recorded that he died in Bowling Green, Va., of a heart attack on Nov. 17, 1940. In that obituary, he was as teacher and County Agent among Negroes.