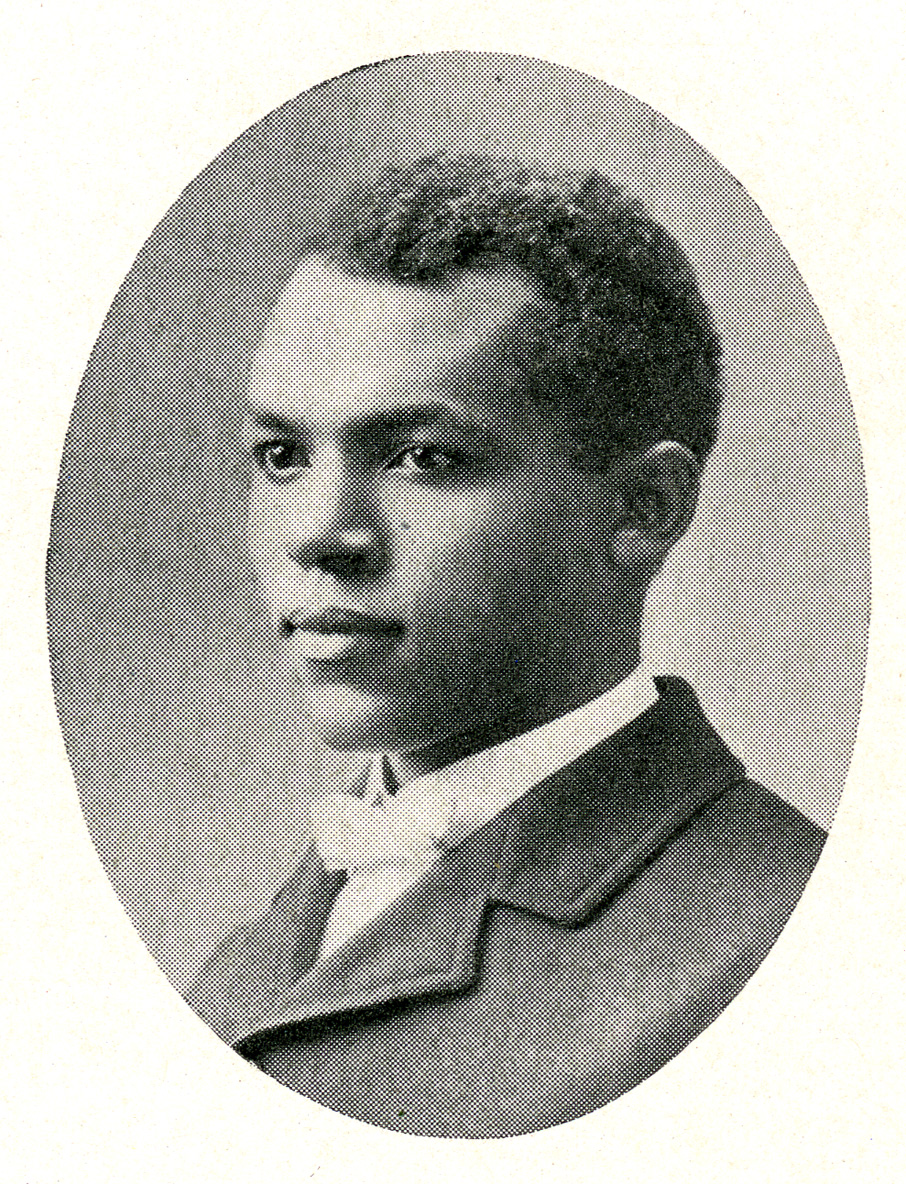 Zachary Taylor Hubert
One of the first African American students at Massachusetts Agricultural College, Zachary Taylor Hubert (Class of 1904) was born in Pride, Ga., on Mar. 27, 1877, into a family of high achievers. After emancipation from slavery, his father Zack Hubert, Sr. (1845-1926), the grandson of a white plantation owner and enslaved woman, joined with his brothers David Crockett and Floyd in purchasing 165 acres of land, marking them as among the first former slaves to own land in central Georgia. An historical marker laid at the site of the Camilla and Zack Hubert Homesite in Hancock Co., reads:

"Zack Hubert, a former Warren County slave, moved here with his family in 1871. The Huberts were among the first African-American landowners in central Georgia and played influential roles in the area's African-American community. They named their homesite Springfield. Zack Hubert married Camilla Hillman in 1873. Hubert donated land and helped with construction for Springfield Church and its school, an early provider of technical education to African Americans in Georgia... Camilla and Zack Hubert are buried beside Springfield Church."

Although denied formal education, Zack and his wife Camilla (1858-1925) stressed the value of learning to their children. Remarkably, all twelve children were college educated and two – the two who came through Massachusetts Agricultural College – went on to become presidents at Historically Black Colleges. Eleven of the twelve graduated from Morehouse or Spelman College.

According to his entry in the Index for 1904, Zack Hubert, Jr., (1877-1958) “was brought up on a farm until he was considered tall enough to go to the Atlanta Baptist College” (now Morehouse), where he completed both the preparatory and collegiate course, graduating in 1901. He came to Amherst after graduation to take a position as bookkeeper at MAC, resigning in 1902 to enter the College with junior standing. His short tenure with his class is reflected in the slight attempt at humor in his entry in the Index: “We don't know him well enough yet to tell any lies about him.”

Hubert left MAC to accept a position as Professor of Science and Agriculture at Florida A&M College, and then in 1906 to become Superintendent of Buildings and Grounds at Spelman. In 1915, he was called to the Presidency of Jackson College, in Jackson, Mississippi, before being lured to a similar position with Langston College in Oklahoma in 1928. The complexities the political environment in segregation-era Oklahoma, however, cost Hubert his position when the race-baiting “Alfalfa” Bill Murray swept into office during the Depression year, 1930. Hubert returned to Georgia to take a position with the US Department of Agriculture, becoming an Extension Service Agent teaching cooperative farming practices to African American farmers in the southwestern part of the state.

Hubert finally retired in 1945 as a result of increasing blindness and died in Savannah in 1958 in the home of his son Wilson. He was preceded in death by his wife Marietta.