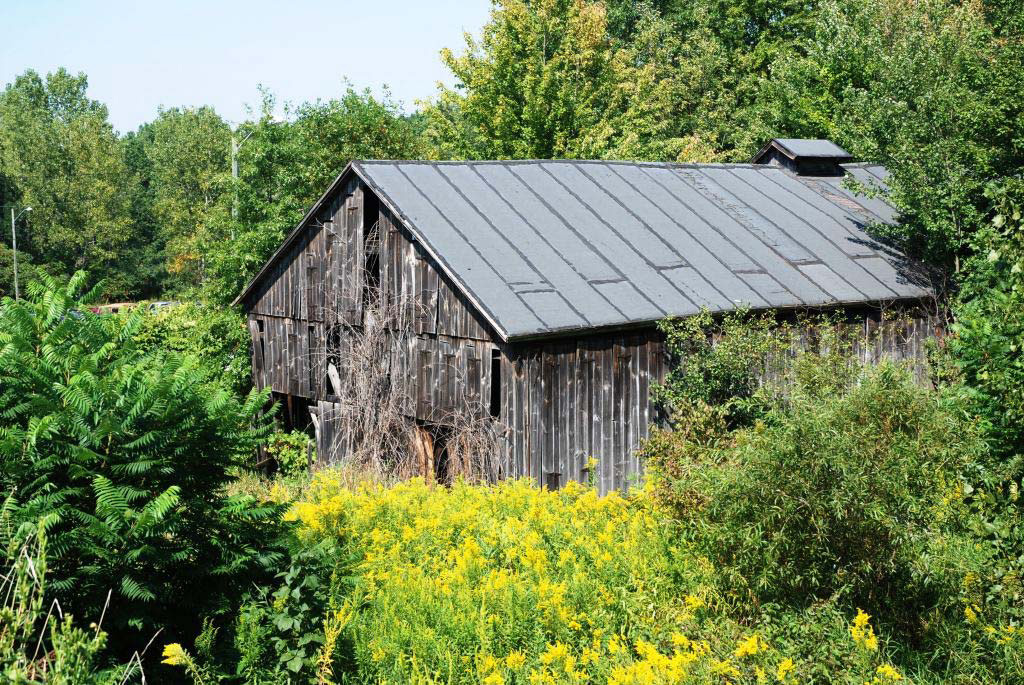 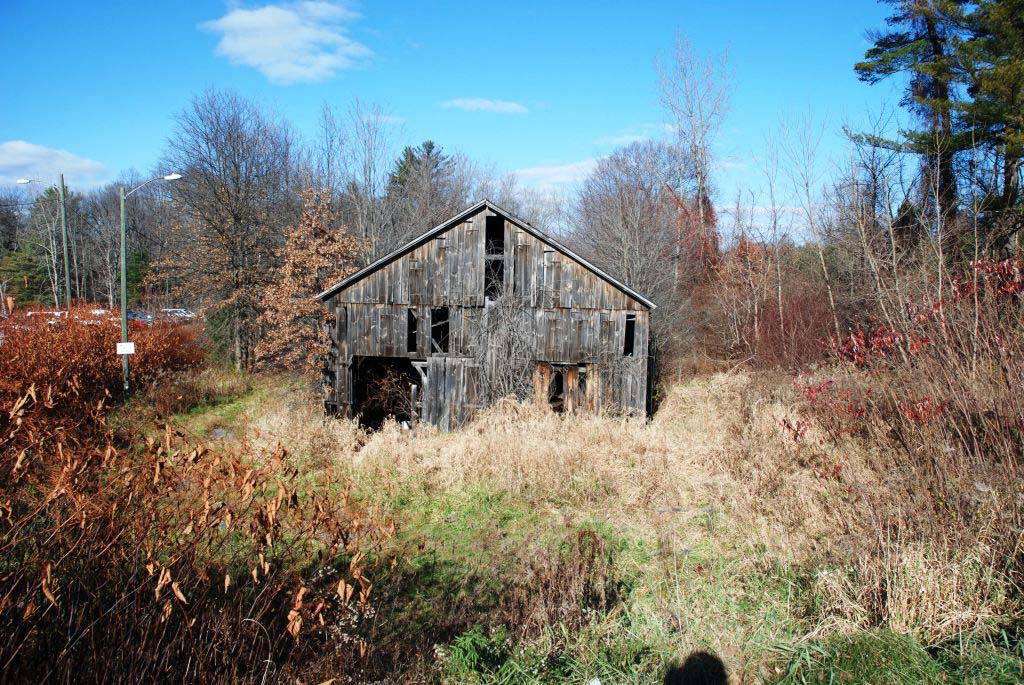 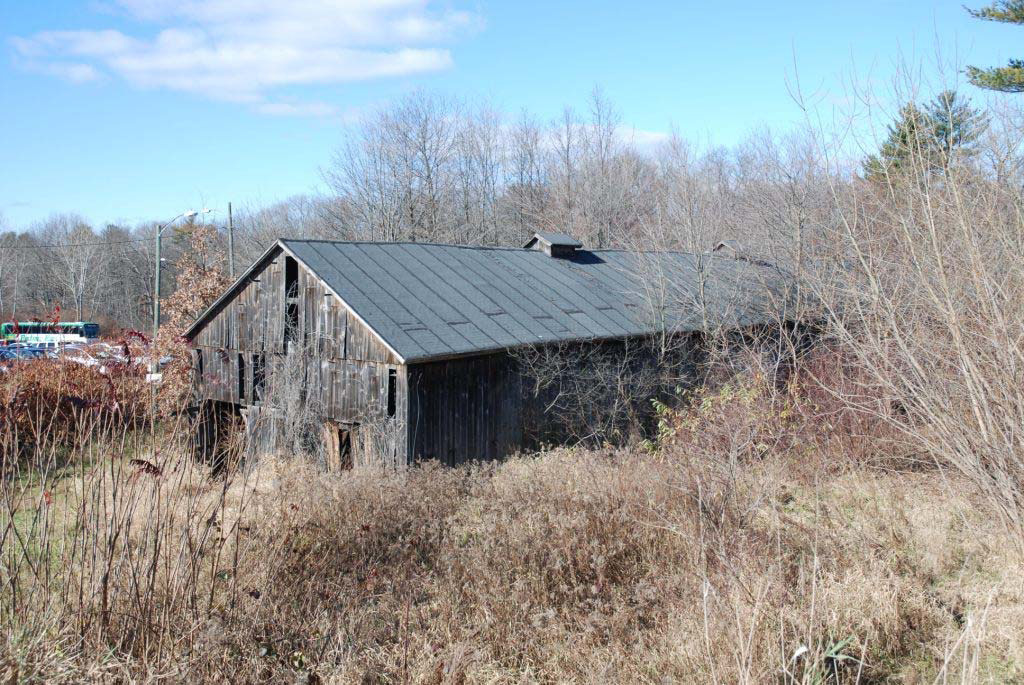 The Brooks Tobacco Barn is a 2½ story New England barn with a rectangular plan, vertical board siding and asphalt roll roofing on its front gable roof. The barn has a peaked ventilator on the roof ridge at about the midpoint of the building. The structure has two double-leaf swinging doors in its gable front southeast elevation. Large sections of these doors are missing or rotted, although the southeast elevation of the barn appears to retain most of its boards, with approximately six board widths missing across this elevation. The barn is of a considerable length, most of which is not visible because of adjacent trees and lower-level vegetation overgrowth.

The Brooks Tobacco Barn is surrounded by bituminous concrete parking lots with granite curbing on the east, west, and south sides. The building is located below the grade of the adjacent parking lots, and surrounded by unmaintained, dense, high scrub growth leading to a mixed evergreen and deciduous tree forest. Lawn surrounding the building is un-mown. No maintained circulation routes lead to the building.

Following World War I, the administration was cognizant that its core missions had to be expanded to meet the educational requirements of a rapidly industrializing world. For the first time, the university administration focused on the development of comprehensive 5- and 10-year plans which meshed curricula needs with facility upgrades and expansion. During the decade, the agricultural experiment station was expanded, the farmland where Brooks Tobacco Barn stands was acquired, new laboratories (Chenoweth, Goessmann) were built, and common spaces created (Memorial Hall). Funding, however, continued to inhibit development and the capital expenditure program was still heavily indebted to public sources.

In 1923, the Trustees of the Massachusetts Agricultural College noted that the Brooks Farm had been purchased with funding from the Massachusetts Legislature and the land would be designated as the William P. Brooks Experimental Farm. The Trustees pointed out that this was a particularly fortunate land acquisition because the recent construction of Stockbridge Hall, Flint Laboratory, Abigail Adams House and the Chemistry Laboratory had seriously encroached upon the test plots of the Experimental Station. The Trustees went on to say that the College had also lacked suitable land that could be dedicated to experimental work, particularly experimental work on the tobacco and onion problems that had caused serious agricultural losses for farmers in the Connecticut Valley. A year later, the Trustees reported that $5,000 had been allocated for the construction of the Brooks Tobacco Barn, for the purpose of drying tobacco. Based on this information from the Annual Reports of the Massachusetts Agricultural College, it appears that Brooks Tobacco Barn was built to support the College’s experimental research work that was undertaken to address agricultural problems that were specific to the Connecticut Valley region and the local farm economy.

Brooks was named for professor William Penn Brooks (1863-1939). Two years after graduating from Massachusetts Agricultural College in 1875, William Penn Brooks accepted an invitation from the Japanese government — and his mentor, William Smith Clark — to help establish the Sapporo Agricultural School. Spending over a decade in Hokkaido, Brooks helped to introduce western scientific agricultural practices and the outlines of a program in agricultural education, and he built a solid foundation for the School. After his return to the states in 1888, he earned a doctorate at the University of Halle, Germany, and then accepted a position at his alma mater, becoming a leading figure at the Massachusetts Experiment Station until his retirement in 1921.