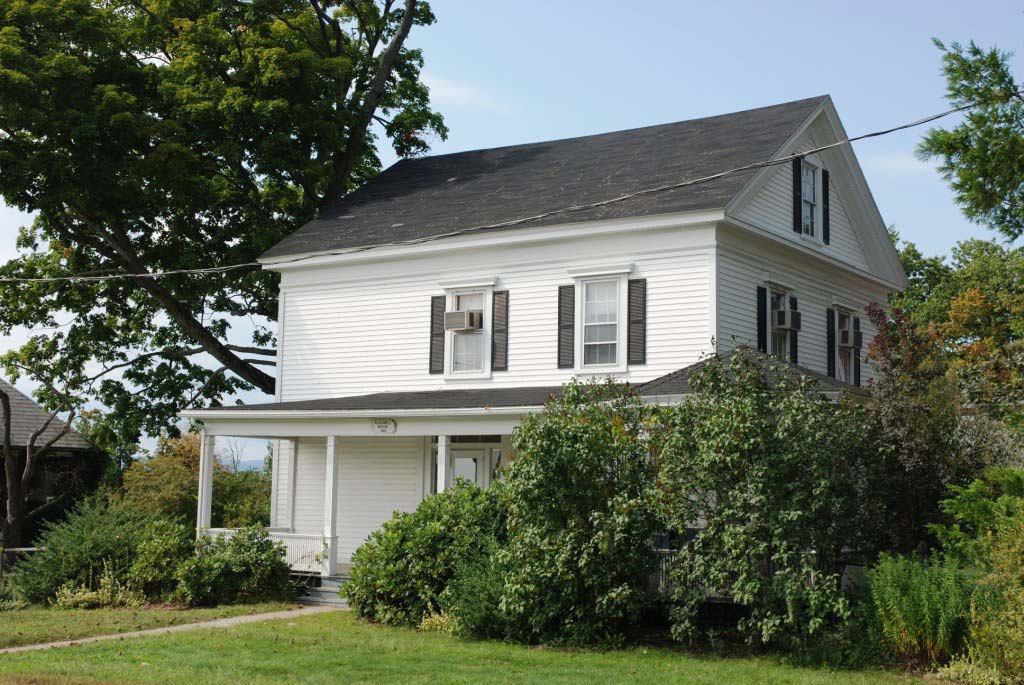 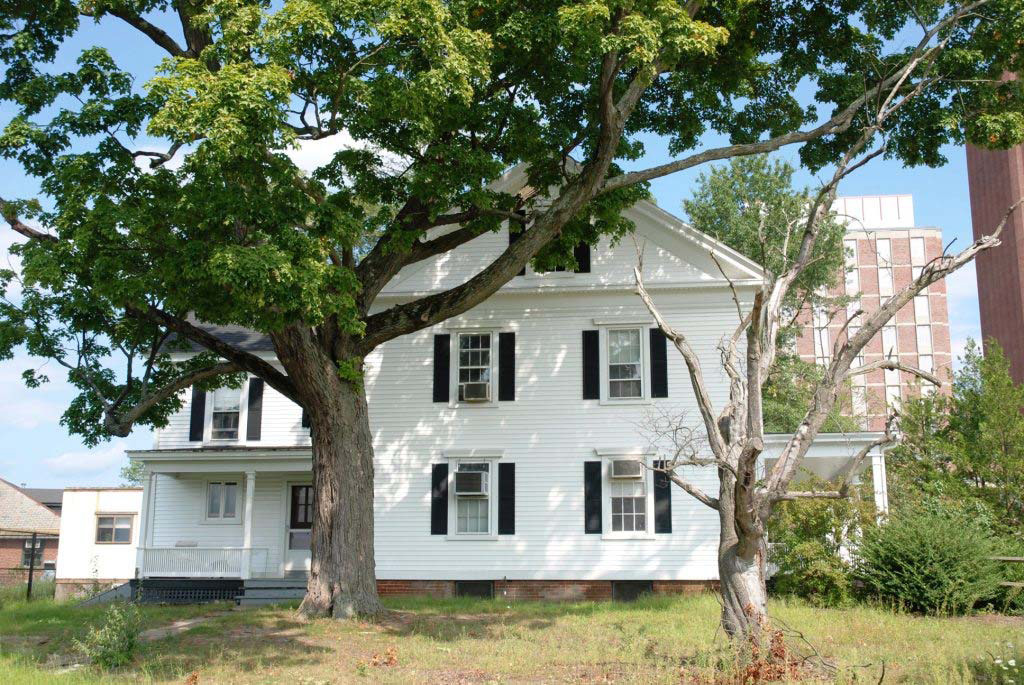 Blaisdell House is a 2½ story wood frame Greek Revival house with a side gable roof, a rear ell and a front porch that has an octagonal pavilion at its southeast corner. The porch is supported by four evenly spaced square posts that have fluting. The east and west end porch posts have return pilasters on the wall of the house. The building’s foundation is brick and the roof is covered with asphalt shingles. The house has vinyl siding and vinyl 6/6 windows.

The house is two bays wide and two bays deep, with a two bay rear ell. An undated historic photograph on file at Special Collections and Archives, W.E.B Du Bois Library, University of Massachusetts Amherst indicates that Blaisdell House formerly was three bays wide on its main (south) elevation, with a central doorway that had a 6/6 sash window at either side. Although the photograph is not dated, the people in the photograph have clothing and hair styles of about 1970. At some point in time between the circa 1970 date of this photograph, and 1988 when Blaisdell House was photographed for a MHC Form B and still had its wood clapboard siding, the second story window on the west side of the door had been blocked with clapboards within the window frame. In September 2008, the first and second story windows and their frames at the west side of the door were gone and covered with vinyl siding. The removal of these balancing windows changed the house from a symmetrical three bay design to its current asymmetrical two bay appearance. The circa 1970 photograph also shows that the roof of the porch’s octagonal pavilion once had a decorative finial, which no longer exists as of September 2008.

The main entry is in the building’s south elevation, within a front porch that spans the width of the house. The central entryway is a Greek Revival post and lintel composition of a single-leaf door surrounded by sidelights and a transom. A 6/6 sash window is located at the east side of the door. The second story has a central 6/6 window above the door and another 6/6 window on its west side.

The west elevation of the main block has two evenly spaced 6/6 windows on both the first and second stories, with a central 6/6 window in the gable peak. The west elevation of the 2-bay ell has a porch that extends the full width of the ell. The porch posts’ design is similar to that of the front porch, but without fluting or return pilasters. Within the ell’s porch, the first story has a door that is located adjacent to the main block and a small casement window on the north side of the door. The ell’s second story has two windows; a 6/6 sash window located above the first story casement, and a smaller window located above the door.

Blaisdell House is considered the oldest extant building on the campus that was constructed by the University. Originally located on Lincoln Avenue (moved to its current site across from the marching band building in 1893), the building served as the Farm Superintendent's house for the neighboring College Barn. It was also known as Farmhouse No. 1 on some maps and annual reports from the early 20th century.

Blaisdell House was constructed in 1869 and moved to its current location in 1893 along a road that ran from North College Hall (no longer extant) to the west in the approximate location of the existing access drive to Grinnell Arena and the Recreation Center parking lot. A 1943 plan shows trees lining the south side of the road (no longer extant). Historically, the rear (north) side of the house faced a ravine that drained the Campus Pond. Natural vegetation and remnants of the ravine are still evident although the ravine no longer drains the Campus Pond. The mixed deciduous and evergreen foundation planting along the south side of Blaisdell House is consistent with its historic appearance.

It is named for Matthew Blaisdell (class of 1909), who was an Assistant Professor of Animal Husbandry and Farm Superintendent in 1946-74. He was the last of the University of Massachusetts farm superintendents to live in the house.