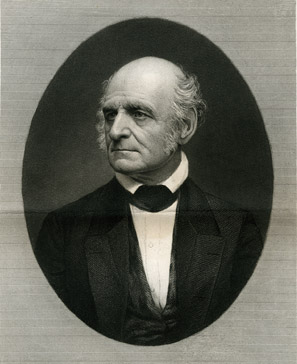 A merchant and amateur horticulturalist from Dorchester, Mass., Marshall P. Wilder was a key figure in American pomology during the mid-nineteenth century and an important supporter of agricultural education in Massachusetts. Born in Rindge, New Hampshire, on September 22, 1798, Wilder was presented at 16 with a choice of attending college, starting a farm, or working in the family store, and elected to farm. Following the death of an uncle two years later, however, he was called upon to join his father in their burgeoning wholesale business, remaining there until he set out for the larger markets of Boston in 1825. As senior partner in the firms of Wilder and Payson and Wilder and Smith, Wilder enjoyed considerable success within the city's mercantile community. In 1837, he joined Isaac Parker and Abraham W. Blanchard in the commission dry goods trade, to create a notably prosperous and long-lived firm, Parker, Blanchard, and Wilder (later Parker, Wilder and Co.).

In 1831, Wilder purchased an estate in then-suburban Dorchester from Gov. Increase Sumner where he turned to his avocation, horticulture, with extraordinary zeal. He rapidly transformed Hawthorne Grove into a model in horticultural experiment. Noted particularly for his work with camellias and azaleas, as well as flowers, Wilder experimented extensively with new cultivars, importing or developing as many as 1,200 varieties of pear, for example, including the wildly popular Bartlett from England and the Beurre d'Anjou from France. The inevitable setbacks did little to dampen his industry. Although a greenhouse fire in 1839 cost him all but two of his eight hundred camellias, Wilder had rebounded sufficiently quickly that a year later he was able to exhibit three hundred varieties to a touring group from the Massachusetts Horticultural Society.

Wilder's 1849 address on agricultural education before the Norfolk Agricultural Society was considered instrumental in building support for establishing an agricultural college in the Commonwealth. Although he was not the first to propose the idea of an agricultural college for Massachusetts, he may have been its most persistent advocate. To build political support for agriculture, Wilder helped establish the State Board of Agriculture in 1852 (it was first constituted unofficially the year previously), and although it was more than a decade before the college became a reality, Wilder did not flag in his support. A trustee of MAC from 1863 until 1886, Wilder was singled out for the honor of addressing its first graduating class in 1871. He was similarly important in supporting the founding of MIT, though only after William B. Rogers agreed that the college would provide instruction in pomology and horticulture.

Wilder died in Dorchester on December 16, 1886. Wilder Hall on the UMass Amherst campus is named in his honor.