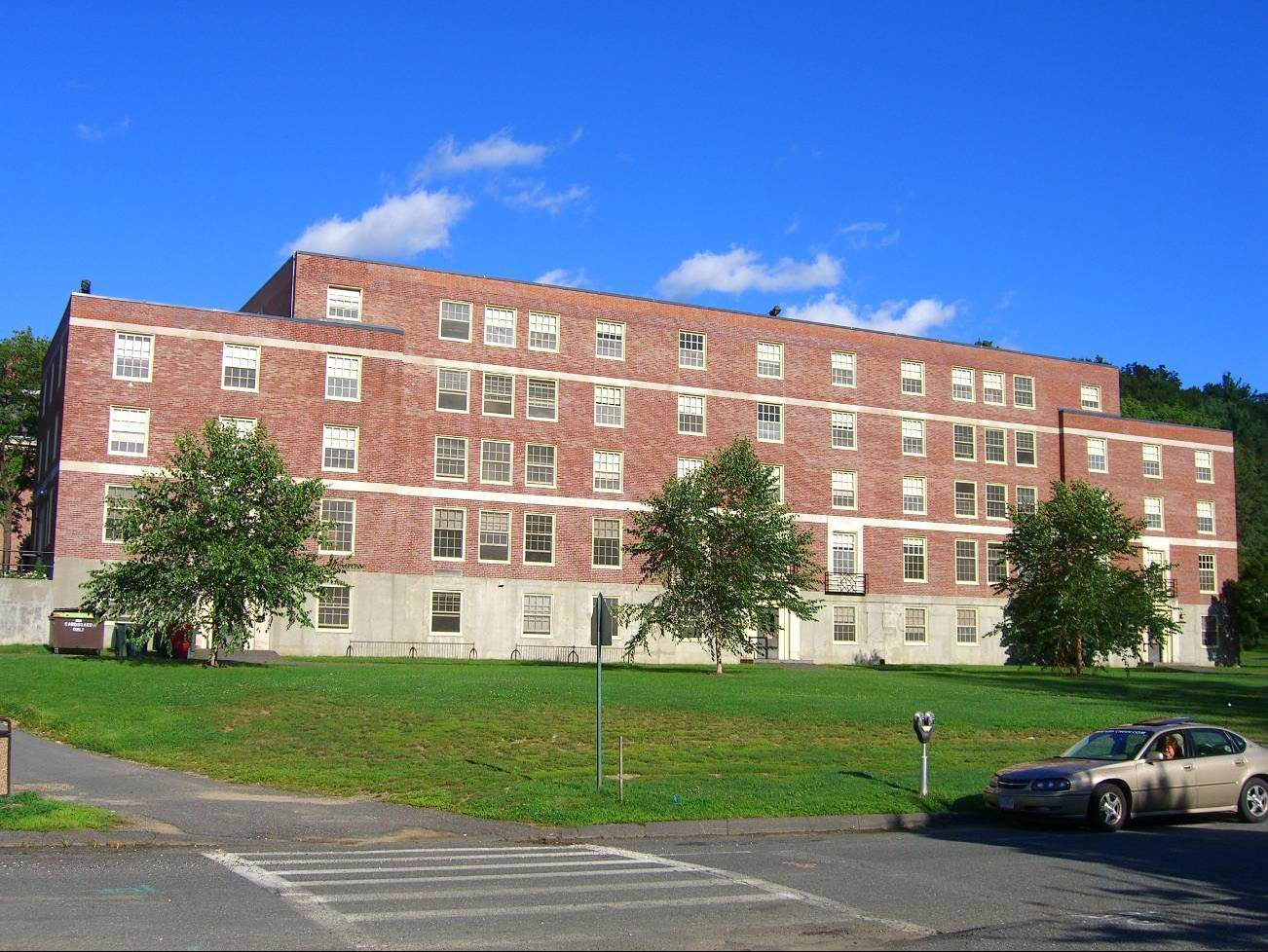 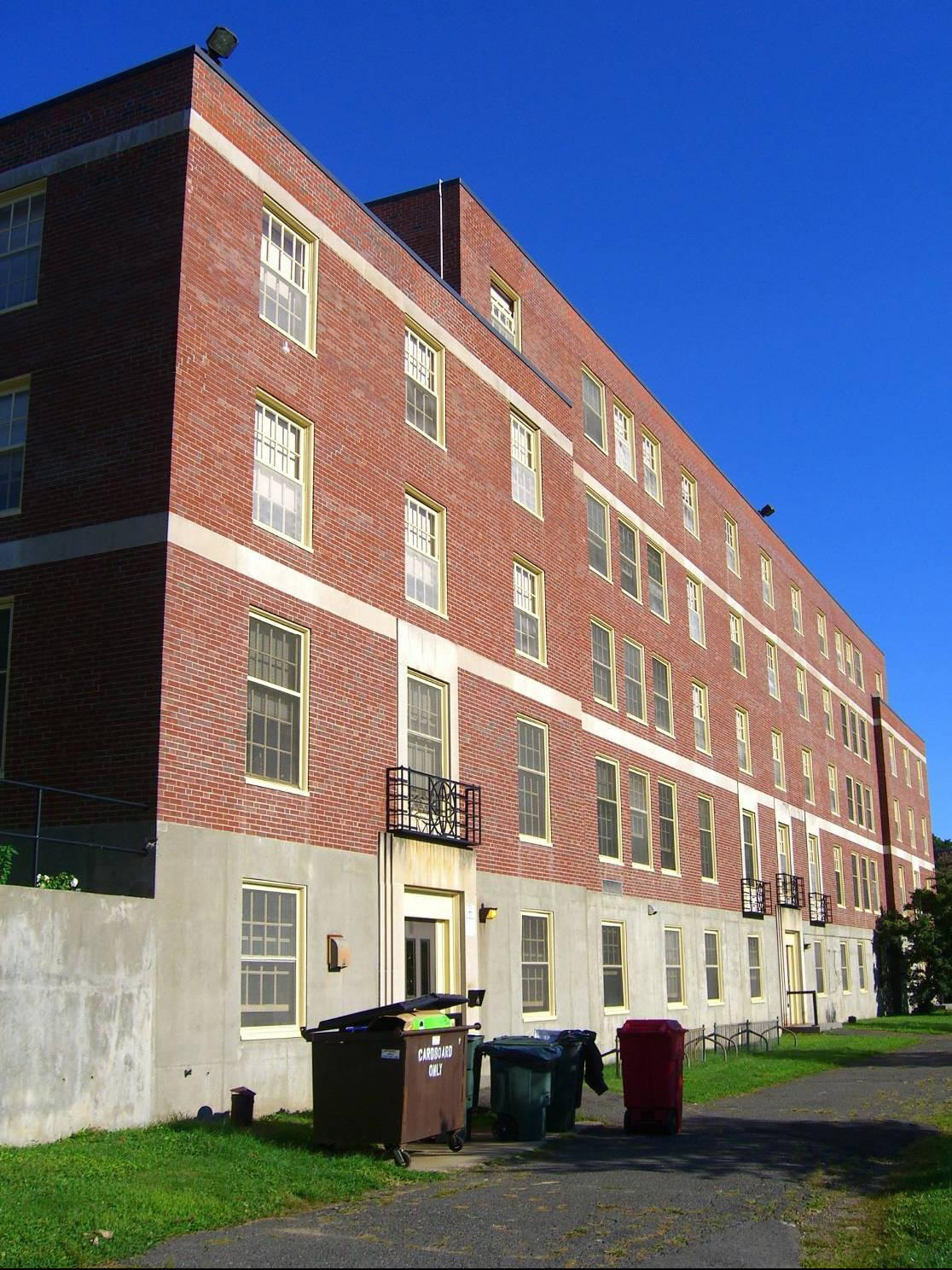 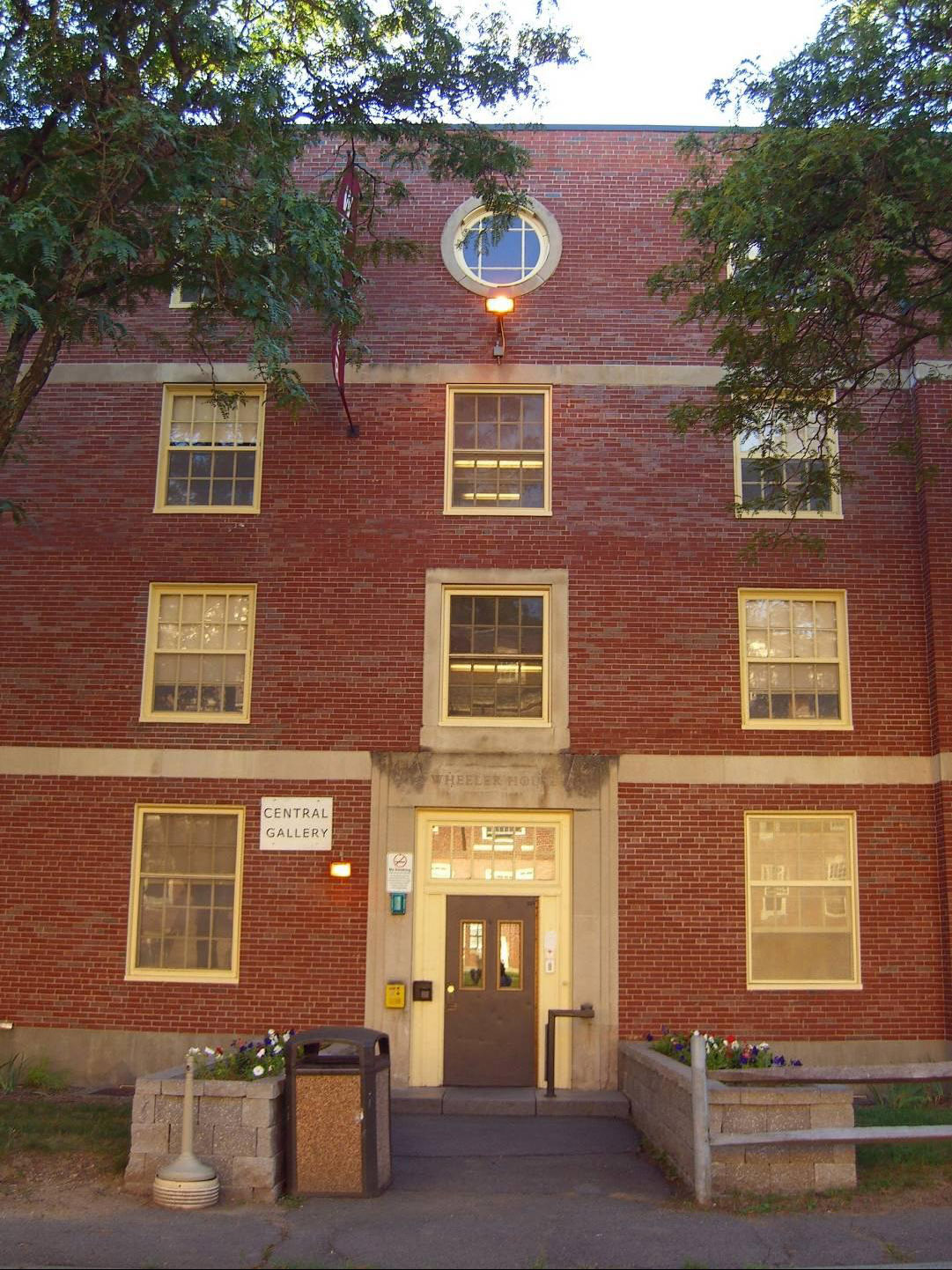 Wheeler House is an approximately 35,000 square-foot student residence hall on the Amherst campus of the University of Massachusetts, one of nine structures comprising the Central Residential Area. The rectangular building is 4 stories tall with a basement level exposed by a decrease in grade at the west elevation. The structure is generally 15 bays wide by 3 bays deep. The top level of the building is setback to include 11 bays and the tiered composition is reinforced by flat roofs. The basement and foundation are finished with architectural concrete, while the upper stories have common-bond brick veneer with continuous limestone belt courses at the top of the first and second levels.

The façade is defined by a window pattern of primarily double-hung sash accentuated by circular windows at the east elevation to distinguish the entrance bays. The north and south ends of the long elevations are given prominence by a slight wall projection of the far-most 3 bays to express their cubic form. These flanking projections divide the long elevations into three blocks. On the west elevation, basement level building entrances occur at the central bay of each of the three blocks. Each is accentuated with a raised limestone door surround which extends to a window surround at the upper floor. The associated windows also feature decorative wrought-iron railings. These details also occur at the entrance elevations at the first floor on the east elevation. At this elevation the doors are further accentuated with glass transoms.

The Wheeler House site is located on the west side of Infirmary Way opposite the Mills House (New Africa House) with views of the campus to the west. A bituminous concrete parking area with granite curbing is located to the east of the building and bordered by a bituminous concrete sidewalk that connects to concrete steps with handrails leading into the building. A bituminous concrete walk through mown lawn along the west side of the building connects to Thatcher Way. The landscape features regularly spaced, mature deciduous trees planted over lawn along Infirmary Way. Foundation planting around the building includes deciduous shrubs, evergreen shrubs, and perennials. Structures on the site include a concrete retaining wall and concrete block planters. Site furnishings near the building include wooden benches, bike racks, and a stockade fence.

Naming of the Building

Wheeler House was named for civil engineer William Wheeler (1876-1930) who was a member of the first graduating class of Massachusetts Agricultural College in 1871, and was one of its most prominent alumni of the nineteenth century. In 1876, Wheeler joined MAC President William Smith Clark and two other alumni of the college in helping to found the Sapporo Agricultural College in Japan (now Hokkaido University), succeeding Clark as president of SAP from 1877 to 1879. In later life, he was a successful hydraulic engineer and long-time trustee of MAC (1887-1929).