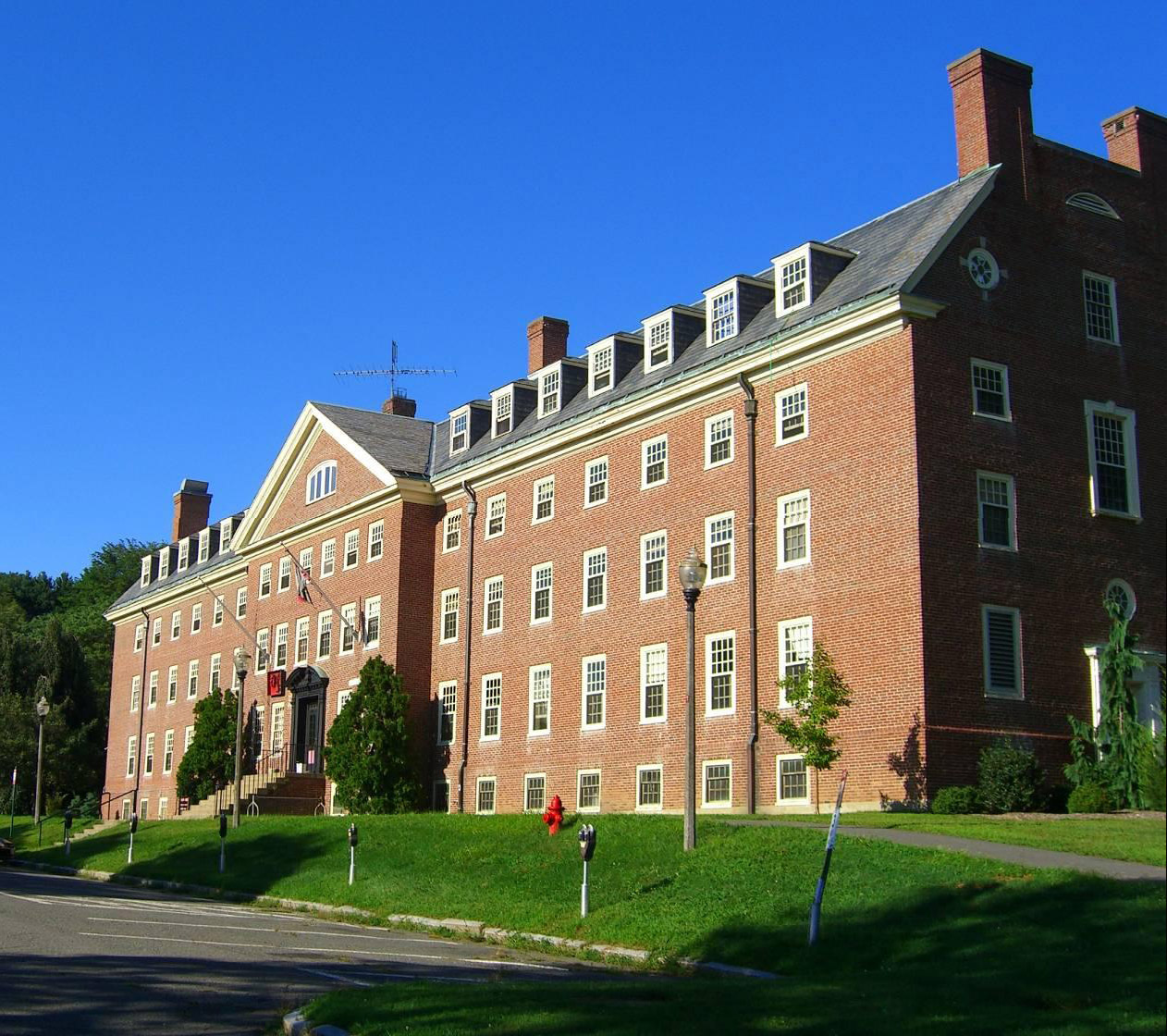 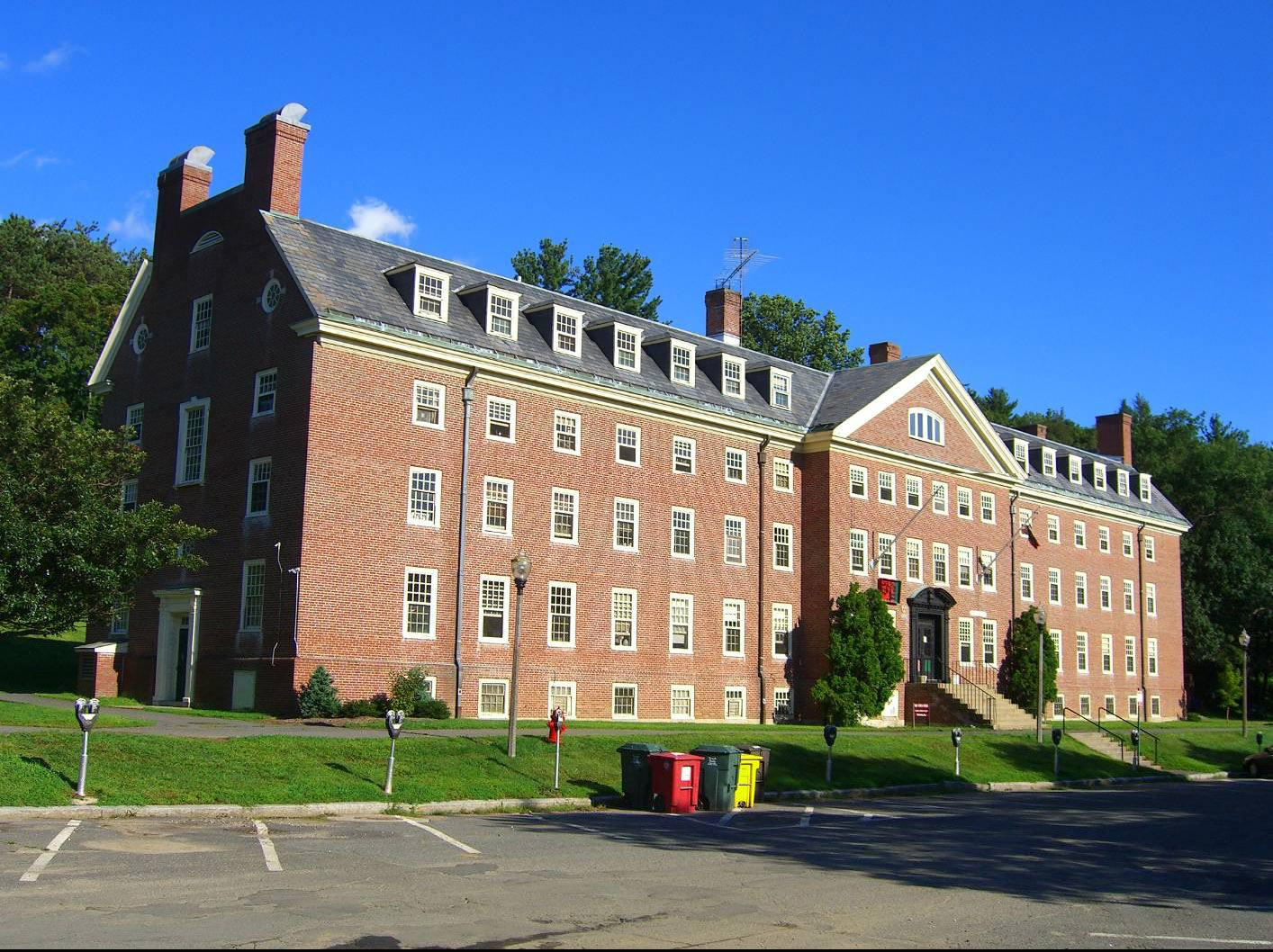 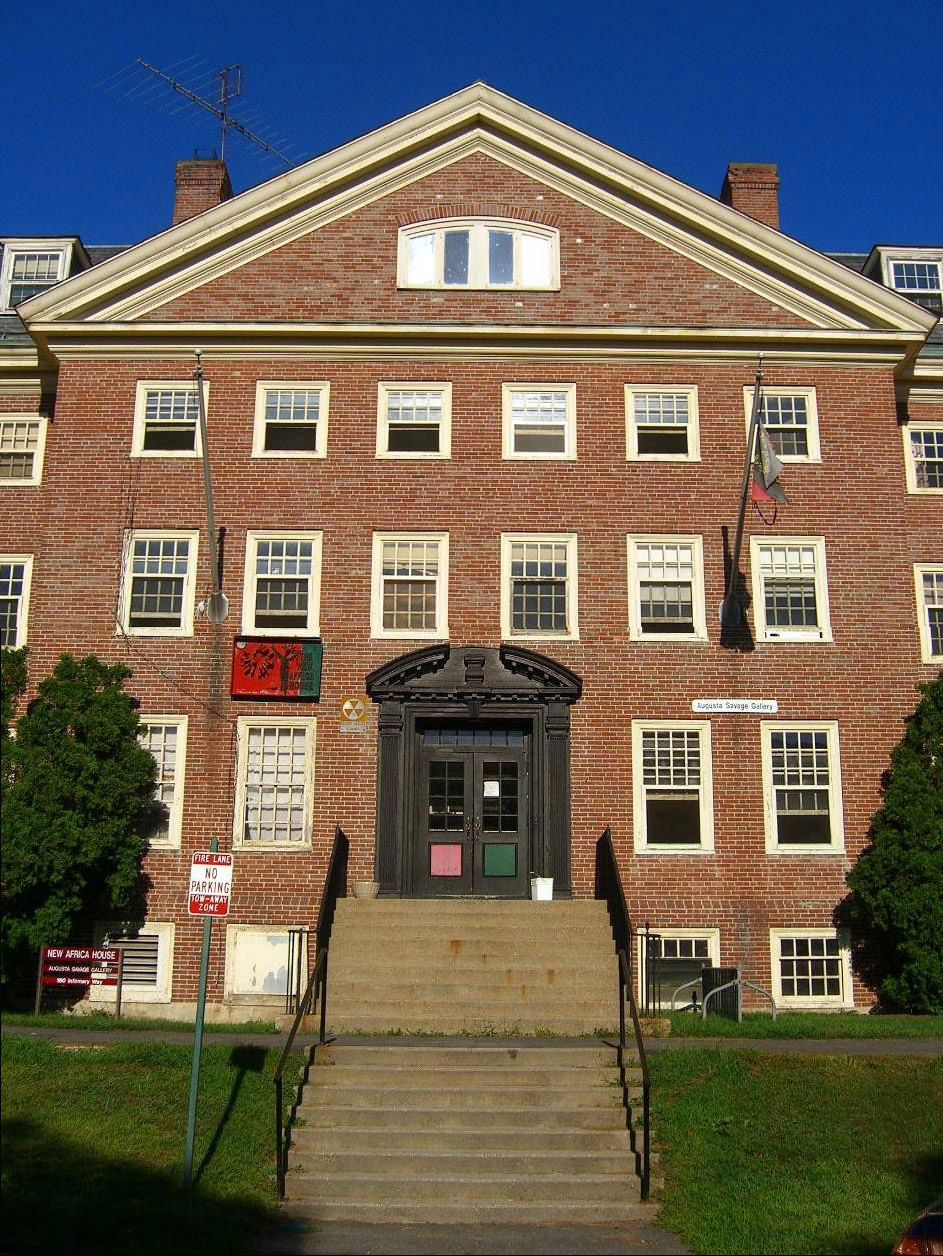 New Africa (Mills) House is an approximately 36,000 square foot student residence hall on the Amherst campus of the University of Massachusetts. The building is one of nine structures that comprise the Central Residential Area. All nine buildings were designed and constructed between 1940 and 1963, and sited according to a Beaux-Arts formal plan.

Mills House was completed in 1948, one year before its mirror structure Brooks House. Although both buildings are designed in the Georgian Revival Style, Mills House has a more refined exterior design and most closely follows the earlier designs of Greenough and Chadbourne Houses.

The rectangular building is 3 ½ stories tall with a basement level exposed by change in grade at the west elevation. The structure is generally 19 bays wide by 3 bays deep. One central cross gable distinguishes the central 5 bays, which project substantially from the main volume and visually divides the façade into three blocks. Copper downspouts and collector heads are located at the north and south edges of these blocks. The roof eaves of the long elevations are accentuated by wood cornices and returns.

New Africa House has a common-bond brick veneer with a molded brick projection to define the basement floor level. The façade includes a window pattern of primarily single-hung sash. The muntin patterns progress from the basement level 4/8 to the first floor 12/12, to the second floor 8/12, and finally 8/8 for both the third floor dormers at the mansard roof. The north and south elevations are distinguished by a large 16/16 window at the central bay to illuminate the inter-floor stair landings. This bay also divides the gable-end chimney blocks. Circular radial pane windows with keystones occur at the fourth floor level and first floor stair landing.

The main building entrance occurs at the central bay of the west elevation and features a decorative wood doorcase framed by fluted pilasters. The paneled French doors are mounted by both a transom panel and a broken arched pediment. The entire doorcase is currently painted black, although originally finished in offwhite similar to other exterior woodwork.

Mills House (New Africa House) and Brooks House were added along Infirmary Way in 1948 and 1949. An oblique aerial photograph from 1954 shows the buildings an open landscape to the east with lawn leading to the façades. This area has since been occupied by buildings, including Wheeler House and Brett Hall. The character of the landscape to the east of the buildings remains intact, with deciduous and evergreen trees over lawn. New low foundation planting has been added to the buildings since their construction and new formalized head-in parking has been added along Infirmary Way.