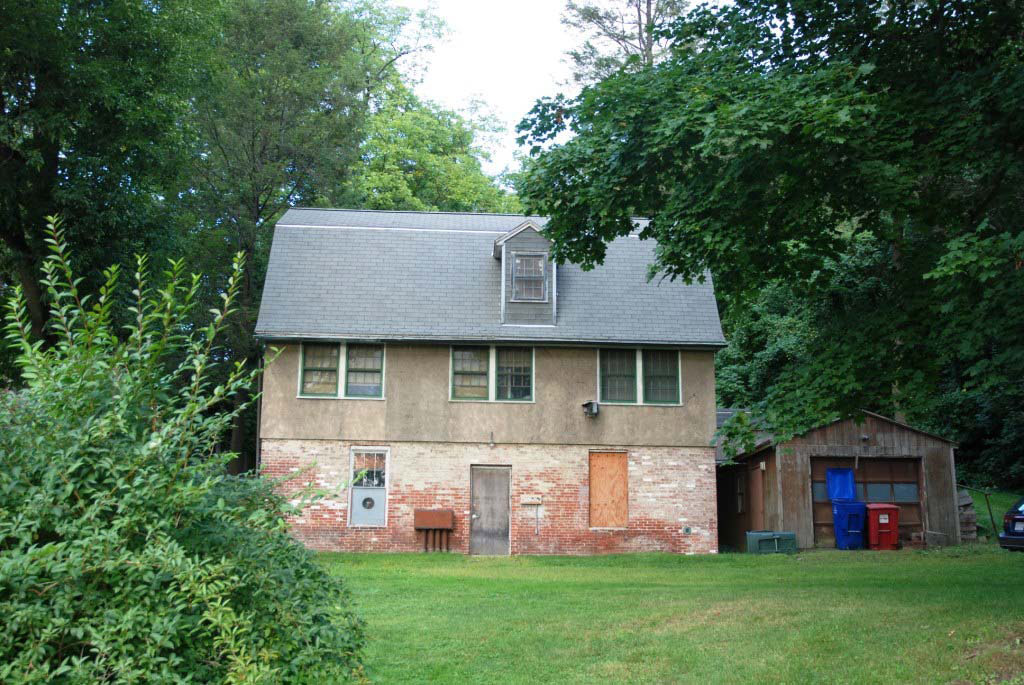 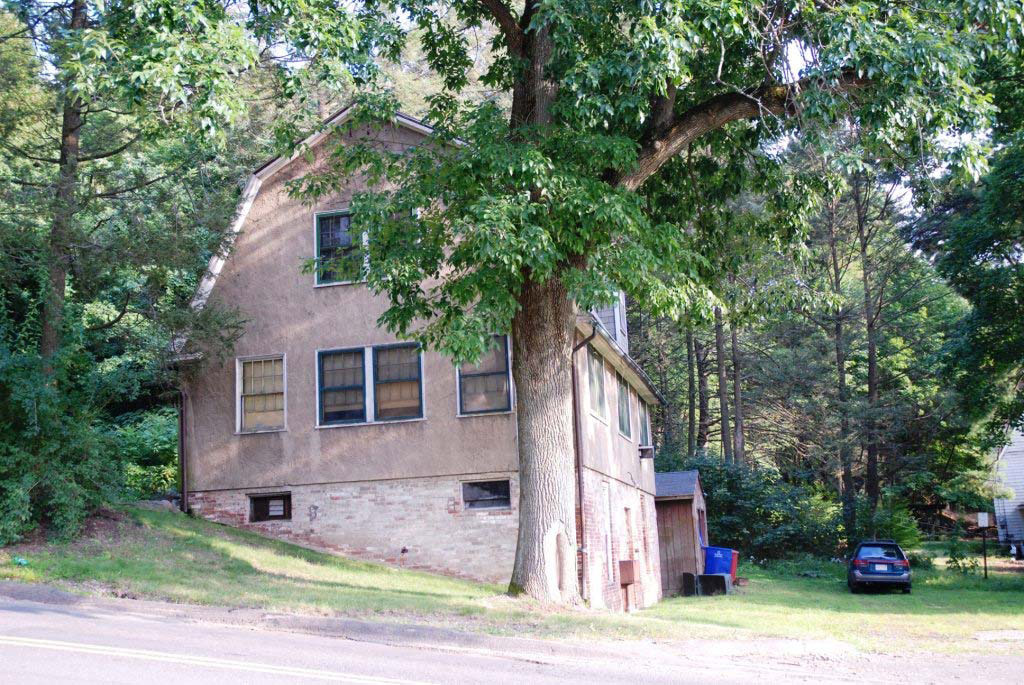 ﻿The Apiary Laboratory is a 1½-story brick and stucco vernacular building with a gambrel roof that has flared ends. The building is three bays wide and three bays deep, with a rectangular footprint, a brick foundation and an asphalt shingle roof. The building is set into a hillside, with its main entry on its (east) uphill side. The rear (west) downhill side has a fully exposed basement with brick walls. The first story and gable peak walls are coated with stucco.

The east elevation has a central doorway that has paired 8/8 wood sash windows on either side. The door is a modern replacement with a narrow strip window insert. The east slope of the gambrel roof has a central dormer that is sided with asphalt shingles and contains a 6/6 sash window.

The west elevation is 2½ stories because of the slope of the land. The basement story has a central door, made of painted plywood, with a window opening on either side. Based on what remains of these basement windows, they appear to have originally been 6/6 sash. The window to the north of the door retains its 3/2 upper sash, but the lower sash has been replaced by a painted panel that has an exhaust fan in its center. The window to the south of the door has been covered with unpainted plywood. The first story contains three evenly spaced sets of paired 8/8 windows. The west slope of the gambrel roof has an off-center dormer that is sided with asphalt shingles and contains a 6/6 sash window.

Historic photographs of the Apiary Laboratory on file at Special Collections and Archives, W.E.B Du Bois Library, University of Massachusetts Amherst show that the building did not have any dormers in 1918. Based on these photographs, the gambrel roof appears to have been covered in wood shingles at that time. Other than the addition of these dormers and installation of an asphalt shingle roof, the exterior of the Apiary Laboratory is remarkably unchanged from its 1918 appearance.

By the early 20th century, the portion of campus east of North Pleasant Street and north of present-day Clark Hill Road was the locus of the College’s market gardens, orchards and vineyards. Market gardens also extended south of Clark Hill Road along the east side of North Pleasant Street. All of these agricultural enterprises were dependent on pollination by bees. In 1911, the Apiary Laboratory was constructed opposite the southernmost market garden tract, within a suitable proximity of the various gardens and orchards.

The upper story of the Apiary Laboratory was originally fitted out with a small apartment and features of this residential set up are still evident on the interior of this building although the top floor is closed due to building code issues. The Apiary Laboratory is part of the Department of Plant, Soil, and Insect Sciences facilities and the building is currently used for research on medical entomology, including studies on pesticide effects on bees.

Historic photographs show that the landscape surrounding the Apiary Laboratory was once more open in character, with less dense vegetation. Deciduous trees are shown over un-mown lawn and the landscape appears more vernacular.

The landscape to the south of the Apiary Laboratory, now dense forest, was once open field associated with the building. Access to the building was provided by an unpaved drive in the present location of Clark Hill Road, leading to the west side of the building. The site surrounding the building retains its characteristic extreme slopes.